History is being taught through games. What are the pros and cons?

Games have always had a place in education, but with more historical fiction games being released, concerns over accuracy are rising. Let's take a look at the pros and cons of these games.

Historical fiction games have long been a way to connect younger audiences to the joys of history. By shifting the medium from history books into games, kids are able to learn important historical narratives in a "fun" way. However, recently there has been a trend with video games as students are beginning to learn their history lessons through simulated worlds rather than actual study. Although this may not seem completely wrong, questions need to be considered about what is being taught in each interactive experience instead of the reality that these experiences represent.

Games have been part of the education system for a long time, and with digital technology advancing it was only a matter of time before video games made their debut in education. However, kids seem to be learning more from their fictional adventures than in class, resulting in an interesting divide. Games like Eupora, Civilization, and Total War present a fictional recreation of a historical setting but miss the impact of historical moments. While games like this excel at teaching historical systems, they fail to include historical context which may leave many kids with a warped understanding of history.

Rather than being told history, a player gets to experience it first-hand and see the impact of every action. This learning-through-exploration technique offers an in-depth understanding of how history unfolded then a simple retelling of events. The personal touch of gaming also allows players to understand the impact of decisions made throughout history. For example, a student would be able to explore the possibilities found in a "What would happen if" situation.

Players can see history through the eyes of various characters. In traditional teaching styles, history is often told from the perspective of the victors or dominant culture. However, by recreating the world itself in a digital setting, players can see every angle of events and understand the motives of all involved. War, politics, and even cultural expansions can be viewed from the perspective of the dominant culture or those impacted by the shifting of diplomatic borders. For example, many political treaties benefit multiple parties throughout the world. While France did assist in the American Revolution, there were major factors from the French perspective that are generally not taught in American schools.

Video games are known to engage the player on multiple levels. From rewards, obstacles, stories, and increasing difficulty, research has shown that the player retains more information through these motivational tools. In education, video games can be leveraged to maximize learning while reducing the lack of engagement in the classroom.

While some games can add a reference to events happening, others tend to throw players into the middle of the action. When it comes to history, context on a larger scale is often needed to see the effects that occur throughout each age. While games may have a place in education, they will by no means replace the essential task a teacher has of providing context for events.

Although games might immerse the player they can also blur the message. The action, mechanics, and other features can distract from the historical point and for some players, it may become more about the game than the actual history involved.

History is dark or boring

Many segments of history have been dramatized, and this means that things are not as straightforward as one may expect. From the dark truths found in war to the monotony of politics, the material may not be suitable for all audiences. Where traditional lessons may lack detail, they can breeze over factual but not interesting parts of history and tailor them to appeal to audiences on a wider scale.

Games that excel in teaching history

Oregon Trail, Crusader Kings, Civilization, and many other titles have long been hailed as excellent resources for teaching history. While they might not be 100% accurate, they create an environment where students can learn through doing rather than reading. The brutality of the crusades, the rough life of the settlers on the Oregon Trail, and the rise and fall of civilizations can all be viewed through an interactive lens.

Here are a few titles that represent history well while still making for an enjoyable gaming experience: 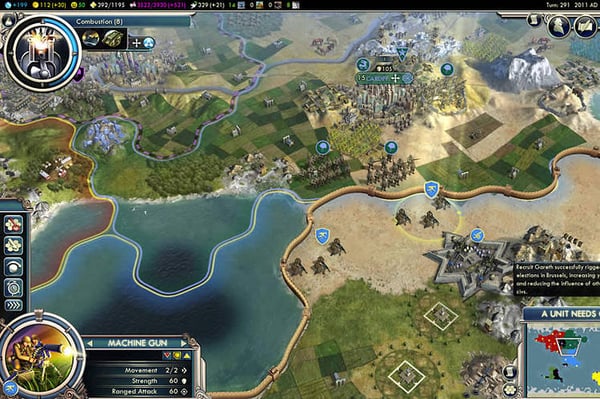 Some gaming studios have begun partnering with schools to modify their games for classrooms. For example, Take-Two Interactive Software Inc. has done this for their videogame "Civilization" in the U.S. and Canada.

Games that misrepresent history, but are still worth exploring

However, as many games excel in teaching history, others can often misrepresent it. Call of Duty shows alternative stories in war, and Wolfenstein reinvents the entire WW2 ending. While some may argue that these misrepresentations could result in students getting the wrong information, others enjoy the idea of a fictional result more than traditional conflicts for entertainment. It’s important to remember that all of these titles are based on some historical truth. Be it a conflict or historical characters interacting with the plot, there is a grain of truth in even the most exaggerated tales.

Here are several titles that may misrepresent history but still are worth exploring:

We are a long way from games replacing educational lessons. However, it’s worth noticing that the improvement of interactive storytelling is continuing to grow. This means that it may not be long before video games have a place in every classroom. Till then, history will continue to be ingrained in the narrative explorations of fans in the bygone realms of iconic eras.

How Valorant is becoming the biggest FPS thanks to UGC marketing

Find out how Riot Games' are turning Valorant into the biggest FPS game thanks to User Generated Content.

Is there a place for games that rely so heavily on working with friends? It Takes Two success has proven that fans enjoy local co-op games and are...

With new games getting larger, concerns around video game addiction continue to appear. Is there a limit to how much someone should game or are the...