Party games have always been a hit in the gaming community. Whether you’re an FPS, MMO, RTS, or any other type of player, everyone appreciates taking it easy once in a while with a party game.

These games are designed to be quick, simple, and entertaining for a group of people. They’re not something you need to practice to be good at and the aim is (mainly) to just have fun and relax, rather than winning.

As such, they’ve always had a spot in the gaming community. In fact, some of the biggest games in recent history have been party games, such as Among Us, Fall Guys, and others.

However, it isn’t easy to create a successful party game and even if you create an amazing one, getting it to people and getting them to play it is a big challenge. After all, why would players switch their casual game when they already have a few favorites that never get old? 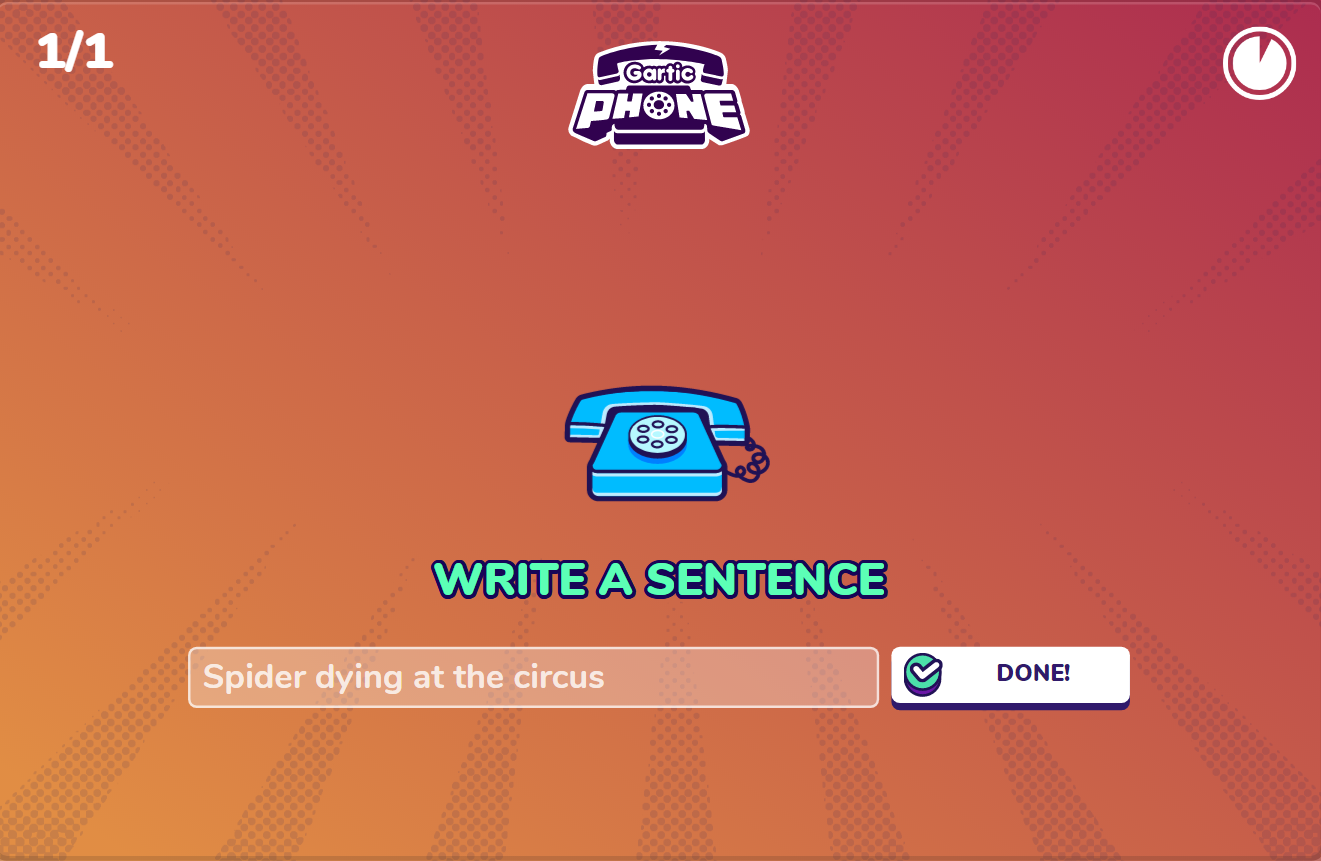 Gartic Phone is a writing and drawing game.

This is where user generated content comes in, it creates an organic growth method for a game’s popularity. It’s especially important for things like party games, where word of mouth is key for growth and attracting players.

Developer’s Onrizon have done a great job of utilizing UGC with Gartic Phone, which has created a strong player base and huge popularity for the game. Let’s take a look at just how they did it, and the effect of user content on the game so far.

Gartic Phone is a drawing game, based on a traditional children’s game known as ‘Chinese whispers.’ The way the traditional game works is that someone starts with a sentence, and people have to whisper it to each other until it gets back to the original person.

Usually, the sentence will be twisted and changed somewhere along the way, so it’s a game to see how people change it up, be it making a joke, or maybe even trying to stick to the original. It works similarly in Gartic Phone, except players draw instead.

There are different variations, but generally players write a sentence, then others have to draw it. Once it’s been drawn a different player looks at the drawing, then says what they think it is, and another player then draws it, and so on. Usually, things get mangled pretty quickly, and it’s interesting to see how much it all changes from the original to the end. 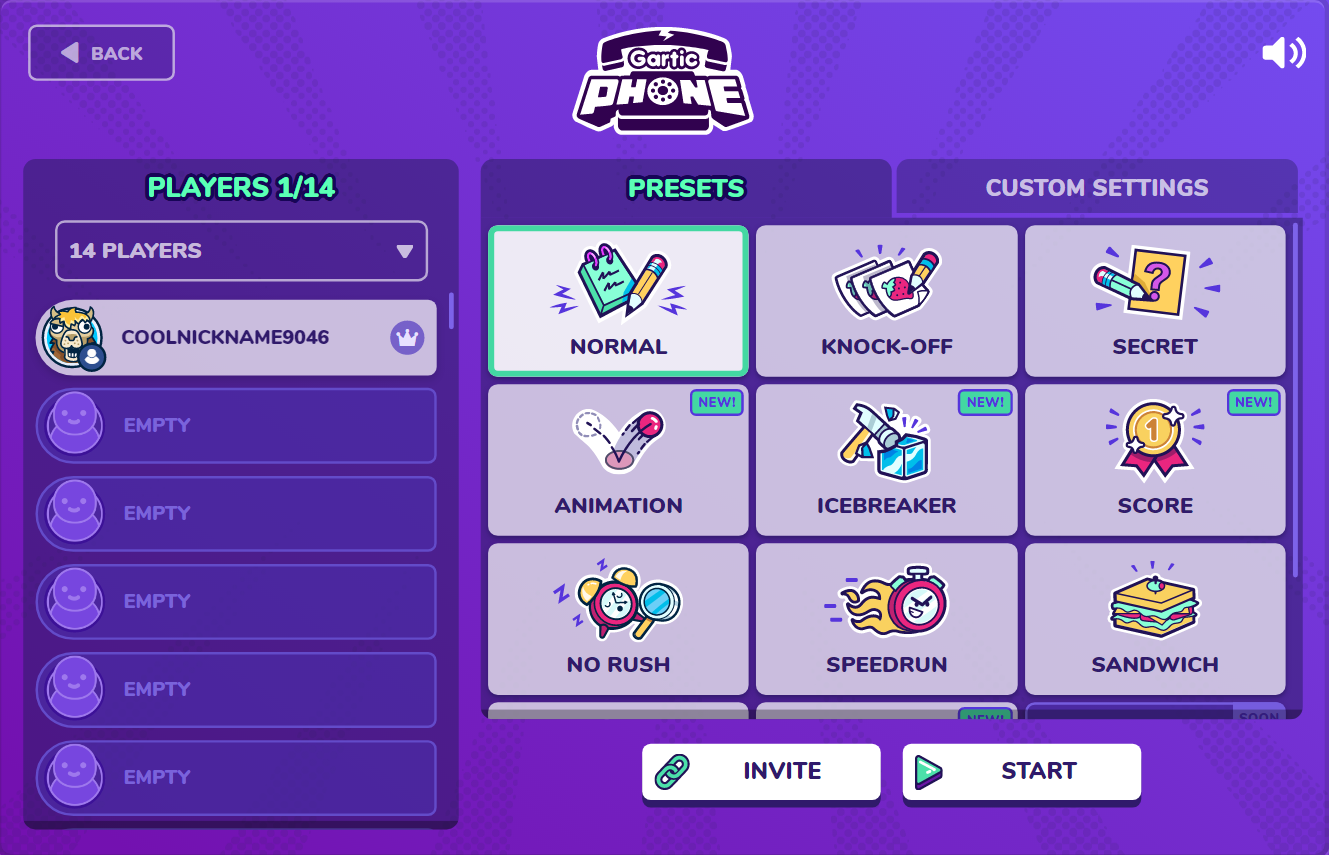 As you can imagine, this leaves a ton of area for user generated content. First of all, the game is all ugc, players create sentences and draw everything themselves - all Gartic Phone does it give them a place to do so.

All this content can also easily be shared and the game even has inbuilt sharing features (including social links) to make sharing the newly created content that much easier. Let’s take a look at how Onrizon have utilized this ugc and its effect on the game.

How UGC Has Affected Gartic Phone

Onrizon have done a wonderful job utilizing and nurturing ugc, both in a traditional sense, as well as going the extra mile to implement it directly into their game. One of the best things they’ve done is definitely the accessibility. You don’t need to record your screen, take screenshots every two minutes, or manage anything really to share your content, each session is automatically saved and players can download and share their creations easily.

This is an amazing first step in utilizing ugc. It means that there is a ton of in-game content that can easily be shared and vastly increases the amount of content that is shared. A lot of players wouldn’t bother recording their screen or taking screenshots, but by making it so easy to save and share creations, it means a ton of players can and will do so.

They also make sure to promote user generated content, and if you take a look at any of the Gartic Phone socials, you’ll see them plastered in fan content. This is a great approach to ugc, as it is incredibly mutually beneficial. The players feel rewarded for sharing the content as it is appreciated by the developers, which encourages them to share more content. 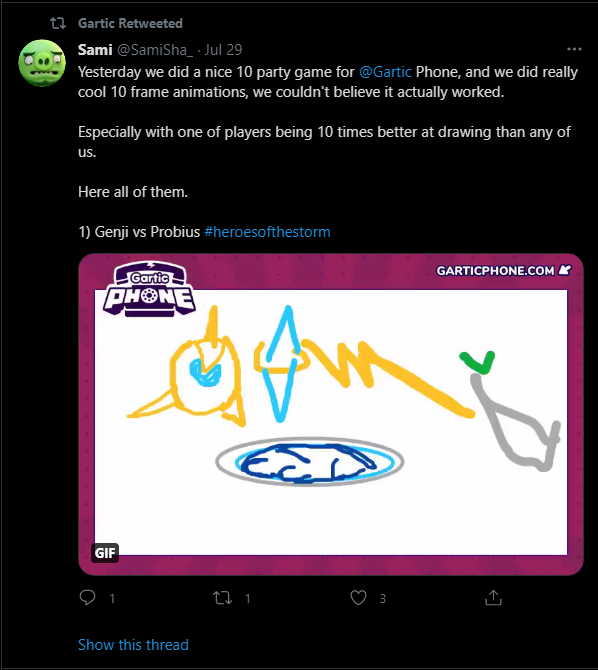 The more content there is, the higher the chance that other people will see it and that they’ll see something that attracts them to the game. This then draws in new players, who may then share their content, and creates a cycle of positive growth. It also fuels one of the biggest promotion avenues for party games, word of mouth, and if people see something they like on social media, they’re likely to share it with their friends, which could lead to new players entering the game.

Additionally, the game has also seen an increased presence of content creators, especially on Twitch. This likely comes from the developers encouraging ugc directly, alongside other methods, which helps draw in more users, and gives them more (already popular) content to use on social media.

All this has been hugely beneficial for the game and it’s seen steady growth, while becoming one of the most popular party games out there.

In fact, the game has even seen a sizable increase in viewership lately. It barely managed to break 3,000 viewers at the start of July on Twitch, but ended the month and kicked off August reaching as high as 7,394 viewers.

Clearly, Gartic Phone is doing something right and their combination of in-game ugc elements and recent social media engagement has played a key role in the game’s growth, with user generated content being a key focus.