Path of Exile is undoubtedly the most popular Action Role-Playing Game out there. Created by Grinding Gear Games and released in 2013, it filled the ARPG void for many gamers, most notably by becoming a spiritual successor to Diablo 2.

The unique selling point of PoE is the complexity of the game, specifically in terms of trading and upgrading items. The game features no traditional currency like gold, instead, everything can be traded for different things, and there are a ton of different usable items that provide thousands of different upgrade and adjustment combinations to key armor pieces and weapons.

While the stellar gameplay is, of course, key to the success of the game, one of the biggest reasons Path of Exile became an ARPG titan is due to its community. With millions of different skills, items, currencies, and a ton of combinations, the game is perfect for fans to create their own content and has almost endless possibilities for content. From unique builds to creating efficient routes, and even designing the perfect hideout, user content has always been a core aspect of Path of Exile, with Grinding Gear Games encouraging it along the way. 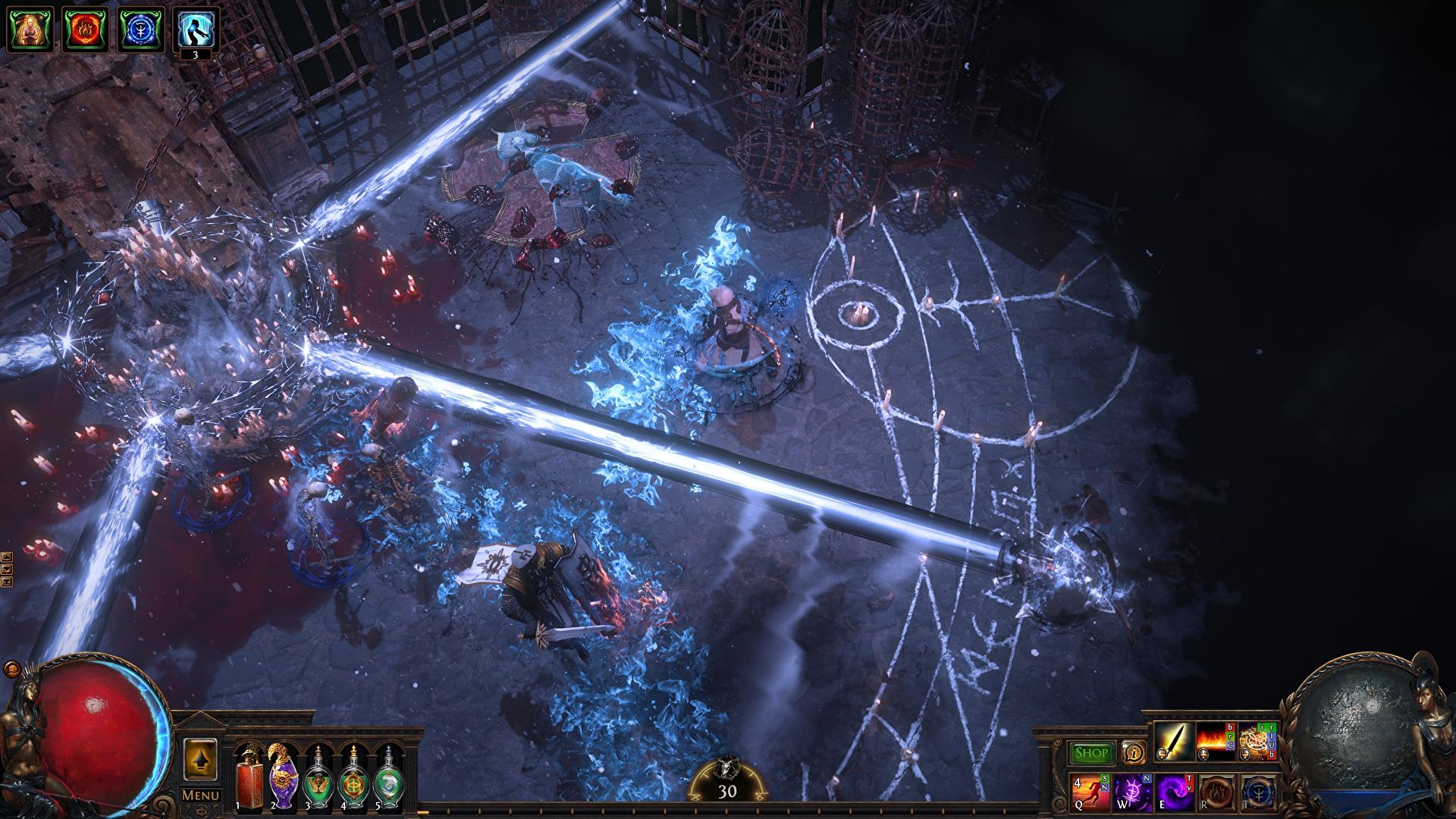 You might be thinking, how can there be user generated content for an Action RPG? All you do is go around and slay hordes of monsters. While that is correct, there’s actually a ton more to Path of Exile and that’s exactly what makes the game shine.

One of the biggest forms of user generated content in PoE is character builds. There are 6 main character classes in the game, each of which have three sub-classes. Then, there’s also a colossal skill tree and abilities are gained by using gems, with each class being able to use any ability.

Overall, there are probably billions of different combinations when it comes to classes, skills, skill tree points, and more. That’s not even factoring in armor and weapons, which adds a ton more depth to it. As such, one of the biggest sources of UGC are guides on playing specific builds and classes, and with so many options, there’s no way Grinding Gear Games could cover it, however, their community creates a ton of content around this each patch.

That's not the only type of user content. There is a ton of different in-game-related content being created, including ‘serious’ things like the best paths to take on certain levels, how to take on specific encounters, and much more. Additionally, there’s also ‘fun’ user content to be created, which can relate back to builds and guides which aren’t the most effective, but very enjoyable, as well as things like silly designs for player hideouts - aka a player’s personal base.

Of course, there’s also user generated content out of the game. This comes in a few forms, from something as simple as a Tweet saying how awesome Path of Exile is, to PoE-themed art, cosplay, music, videos - just about anything that can be created really.

Path of Exile is absolutely flooded with user generated content, largely due to Grinding Gear Games enabling and encouraging it from day one. Let’s take a look at just how they have utilized all of the different types of UGC circulating in and around Path of Exile.

Grinding Gear Games have been a huge part of why Path of Exile user generated content exists and continues to thrive. The devs have been encouraging and utilizing UGC practically since the game’s release by interacting with users and rewarding them for creating content.

Interacting and rewarding users covers a very wide range of activities. It can be anything from something as simple as liking a Tweet or Facebook post, to paying influencers and users to create Path of Exile content. Grinding Gear Games have engaged with both and just about everything in between, and it shows.

One of the biggest influences of this has been Grinding Gear Games’ attitude around character builds, especially around patches. The company could create their own builds and release guides themselves, but instead, every time there’s a big new patch, you can find a ton of user-created guides and content all over their social media, and sometimes even on in-game announcements. 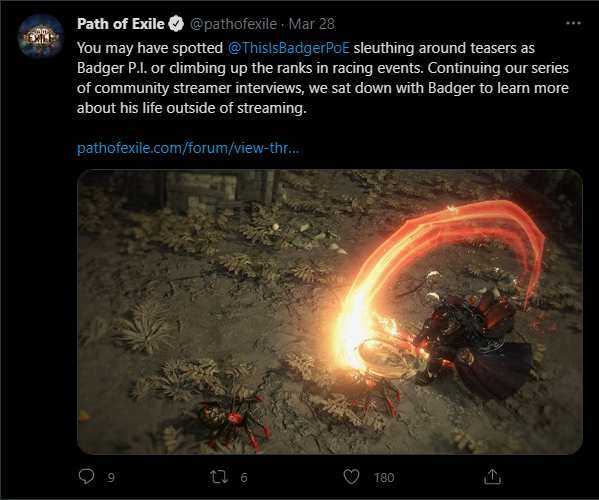 Another quite unique thing that Grinding Gear Games do is a community or influencer highlight. In fact, in 2021 the company started a specific series, individually highlighting PoE creators and even hosting interviews with them, then sharing it on their website and social media. These aren’t quick, generic posts every time either, they’re tailored to each creator and then highlight all of their pages at the end of each interview.

They also focus on creators outside of the game. For example, cosplayers and artists that create fan art. Again, Grinding Gear Games have gone the extra mile with this, specifically creating posts on the Path of Exile website, as well as social media posts, highlighting user-created content and thanking the users for creating it. They even went as far as to create an official favorites collection on their website in March.

Of course, they also engage in the traditional UGC interaction and reward cycle, liking, sharing, and replying to posts on social media to highlight some of the interesting things fans of the game have created.

Overall, Grinding Gear Games are actually one of the hardest working developers when it comes to engaging with user content. They really go the extra mile to show off, highlight, and share exciting content, and it pays off.

As more users see that content is being shared and appreciated by the devs, more will be motivated to create content, which will then highlight how fun and rewarding it is to be part of the community. This has the power to encourage more people to join the community, try the game, and maybe even create content, which could lead to a cycle of overall development and growth, all thanks to promoting and encouraging user generated content.