How to make your game attractive to influencers

Getting influencers to play your game can be the difference between success and failure. Here's how you can attract content creators to your game.

Getting people to see and buy your game is the ultimate goal when making a game, and there’s no better way to get your game noticed than by having influencers play it and share it with their fans.

The biggest streamers and content creators have followings in the millions and having even one huge influencer playing your game can make or break it. Even in the last few months, some relatively small projects like Fall Guys and Among Us have become massive thanks to just a few influencers making them popular on websites like Twitch and YouTube.

There are quite a few reasons for this, and with even a quick look at the two games you’ll see exactly what they have in common, and what makes them appeal to influencers so much. In this example, both games are fun, quick, and casual. Not only that, but they’re also very easy to play with friends and followers, making them incredibly engaging for viewers.

These are but a few of the reasons - let’s break everything down and get into a few more details of making your game attractive to influencers.

The most important thing about making your game attractive to influencers is finding your market. Every content creator has different preferences and likes different things, so it’s important to narrow down your market and then make a few choices based on the type of audience and influencers who would be interested in your game.

This heavily depends on your game and will take some research, but once you find a few influencers, you’ll quickly grasp an idea of what they want. For example, someone like Michael “Shroud” Grzesiek is a rather hardcore FPS player from a competitive background, so he and his fanbase would mainly be interested in shooters with a focus on tactical gameplay, i.e. more Counter-Strike, less Fortnite.

On the other hand, you have streamers like Félix “xQc” Lengyel, who also comes from a competitive FPS background, but now plays a wide variety of games, mainly ones he can easily play with other streamers.

It’s all about deciding what your game will focus on, finding the perfect influencer market for it, and then including features and ideas they’ve shown that they’ll love. Now, let’s take a look at the things that make a game attractive to streamers.

Worth telling a story about

One of the most important things about your game is that the gameplay needs to be something worth telling a story about. Influencers love talking about their gameplay and sharing their achievements.

Luckily, this can be quite broad and depends heavily on your game. For example, one of the biggest new games on streaming platforms in September is Among Us. The gameplay is relatively simple, but it all depends on what the players do, and each round has its own story, with players having the freedom to make decisions worth talking about.

As such, you’ll see many highlights, videos, etc. of content creators sharing some exciting story or a funny fail, as each player has enough freedom to differentiate the gameplay each time they play.

If it’s a truly great story, and easy to understand, these clips can even go viral, and it’s only a matter of time before everybody is playing your game. 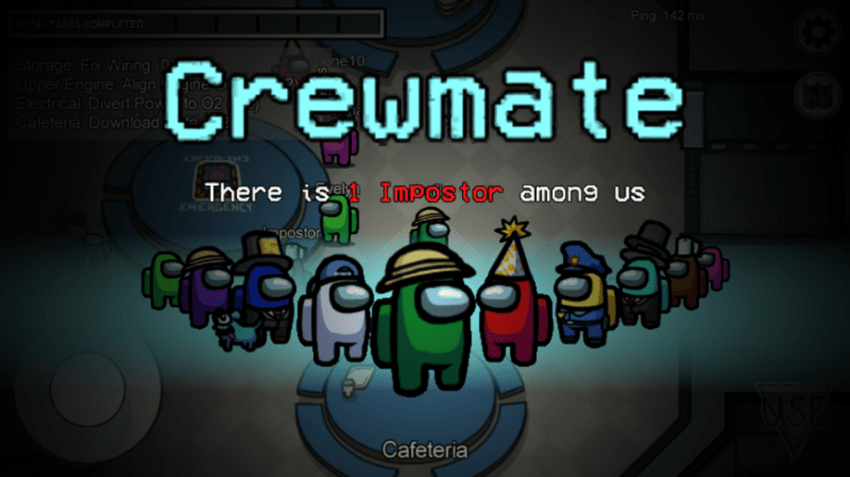 Support for content creators is vital for any game that wants influencers to regularly play it. If you make their lives easier, they’ll be more motivated to fire up the game.

This can come in a few different forms, from monetary support, to adding features for convenience and privacy. Again, this all depends on your game, but having some form of creator support is vital.

You can find this in just about every game that’s popular with influencers. For example, Fortnite has the ‘Support A Creator’ feature, that allows influencers to have special codes that players can input when purchasing items in the game, giving them a cut.

Although, it doesn't have to be about the money. Apex Legends is very popular with influencers as well, and a huge factor that motivated influencers to play it is that they could hide their names in-game. This gave them more privacy, making it harder for players to join their matches and watch their stream to gain an advantage.

There are a ton of options to support content creators, and if you can think of something unique, then there’s no doubt you’ll draw interest from influencers.

Multiplayer (with friends or fans)

This one again depends heavily on your game, but having a multiplayer option is always a huge plus. Playing games is fun, but it’s always more fun playing with people you know.

First off, influencers love to network and play with other influencers to grow both of their audiences, so having a multiplayer option will not only help them, but also potentially have more people playing your game, just because someone they know plays it.

Additionally, it gives influencers, especially streamers, a great way to engage with their fans as they can invite them to play. This is quite frankly amazing and will drive up not only the number of influencers playing, but also people watching. The vast majority of viewers would love to play games with their favorite influencers, and giving them a chance to do so would give them a lot more reason to watch. Also, it doesn't hurt that they’d have to get your game to play with the influencers.

This one ties in with multiplayer and something you’d probably want in your game anyway, but, it’s very important that there’s an easy way to communicate in-game.

Of course, most influencers would use a program like Discord or Skype to speak with whoever they’re playing with, but there are some exceptions. Mainly, playing with fans. Some fans may not have these programs installed or a microphone, but will still need to communicate.

This doesn’t need to be anything fancy and even the best games just have a simple chatbox, a basic voice chat, or even just a few very useful pings or button hotkeys to convey simple messages and commands.

The main thing is to choose something that fits your game and is easy to use and understand.

Another big factor to consider is more to do with what players do in between matches or rounds in your game. The gameplay itself will depend all on you and what you want, so it’s very difficult to give advice about that.

However, it’s what happens between each game that will mostly affect the influencer. It should be quick and easy to jump into another match, mission, etc. after one is finished. Content creators generally hate downtime, or having to constantly fiddle around with settings, so you should ensure there is a smooth transition.

A great example to look at for this is Among Us. The transition between each match is almost instant. As a match ends, players are immediately launched into the settings area, where the previous matches settings are saved.

If everyone is ready to play with the same rules as last time, all it takes is one click, and you’re instantly launched into the next match. Even if players do need to adjust the settings, there is a very simple settings menu, that is direct and allows for settings to be instantly changed.

Last but not least, you may want to add some special events, in and outside your game. This isn't vital, but it does spice up your game and make things more exciting.

The best thing about this is that the world is really your oyster. Your game’s special events can be anything and everything, and the more creative and unique they are, the more interest you’ll draw.

It all depends on your game, but there are a few great examples out there. You can add extra levels, skins, items, etc. as some special update, or even just include events in the base game. Developers of The Isle scared streamer xQc by sending him mysterious messages in-game when he was playing live.

This not only made him and his fans more excited to play the game, but showed that they care about influencers and their time in the game.

Overall, remember to find your market and choose to add ideas based on what they’ve shown they love. There are a ton of things you can do, from directly supporting creators, to making games worth talking about, and adding special events.

The more unique and creative you get the better, as influencers have seen a ton of stuff before, and anything new and interesting to them will no doubt blow their minds and generate a ton of interest.

Steam vs Epic Games Store - Where should you publish your game?

Looking for the perfect platform to publish your game? Currently, it's a battle between Steam and Epic Games - here's everything you need to know.

There's a ton of important data out there on streaming platforms. Here's how you can track down your game's performance on Twitch and YouTube.