Influencer marketing has proven to be very effective at reaching gamers and gen Z. Here's everything you need to know about content creator marketing.

One of the most important aspects of any business is marketing and brand awareness. It doesn't really matter how good your product or service is, if no one knows about it, then it won’t do you any good.

As such, marketing has become a staple for every business, with things like adverts and promotions being used to raise awareness of a product or service. While traditional marketing has proven to be effective, a new form of marketing has exploded in popularity in the last few years.

Influencer marketing has become one of the most popular ways of promoting products and services aimed at the gaming and youth market. It’s proven to be incredibly effective, it directly reaches the target audience, and overcomes most of the shortcomings of traditional marketing. Let’s break down the reasons behind this and see what exactly makes influencer marketing the best way to connect with gamers and teens/young adults.

What is influencer marketing?

For those who have no idea what influencers or influencer marketing is, here is a quick breakdown.

As such, influencer marketing is using an influencer to market a product or service. It is generally used when the target market is gamers or Gen Z as they are two of the most prevalent audiences for the majority of online influencers.

However, it’s still vital to consider which influencers to use for which product or service. While the majority of influencer’s fan bases are made up of Gen Z, there are key sub-groups to keep in mind.

For example, someone like Michael “Shroud” Grzesiek would be an ideal influencer to promote a mouse as he is a high-level FPS player with a fanbase full of shooter fans. A good mouse is key for any FPS player as aim is the bread and butter of every shooter and his fans would therefore be interested in the mouse he is using.

Meanwhile, if you’re promoting something like a gaming chair, there would no doubt be less interest from his fans, and possibly even Shroud himself. So instead you may want to consider someone like Dr Disrespect. Much like Shroud, he is an extremely popular influencer and also focuses on FPS games. However, the key difference is that he, and his fan base, are more focused on entertainment than the skill factor. This means that a lot of his fans may not care about the technicality behind a mouse, but would value his opinion about a gaming chair, and due to his personality and stream content, there would be a variety of ways to promote it.

Due to the vast amount of options and audiences, influencer marketing has quickly become a powerful tool for getting a product or service out there, and many agree that it is incredibly effective. In fact, a study found that more than 80 percent of marketers find it effective. But what exactly makes it that effective?

There are quite a few reasons that influencer marketing is considered to be effective, especially when targeting gamers and gen Z. The key factor is the amount of engagement and visibility, but there are also other important things to consider, like the cost, and how it differs from traditional marketing.

Let’s break these down one by one.

One of the best examples of this is entertainment media. If you’re watching TV, there’s only so much room for marketing through advertising and most of the time viewers tune away for the ad breaks. On the other hand, influencer marketing can be used to advertise a product or service throughout the majority of an influencers content.

Once again looking at a media example, a streamer can easily display a logo, name, or product on their screen for an entire broadcast. Not only that, but they can also talk about it and share it directly with their viewers - something that is practically impossible to do with any other marketing tools.

Imagine getting your product not only in front of thousands of viewers during a live stream or video, but also to millions of social media followers, many of which have a keen interest in their favorite influencers and follow their every move. Individual posts, promotions, and even permanent advertisements all feature on social media.

The best part about all this is that with influencers you can easily target a direct market that you’re interested in. Whether you're launching a new game, pc peripherals, makeup, art supplies, or even a car, there’s an influencer out there that specializes in that, and their fanbase is made up of the perfect target market. 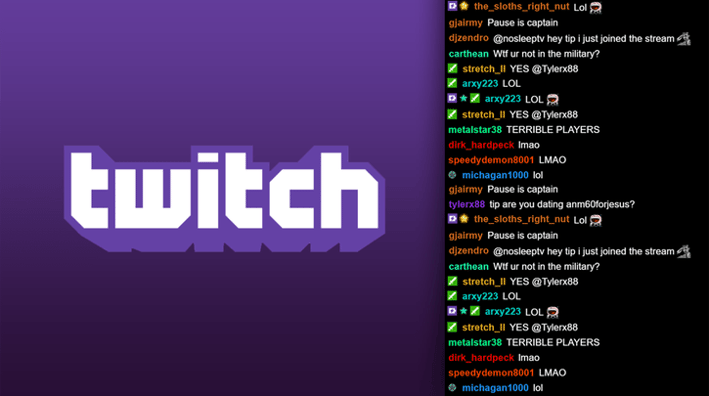 There is one key factor that influencer marketing completely overcomes compared to traditional marketing - ad-block. It’s a fact that gamers and gen Z hate ads, they’ll do everything to avoid them, from installing an ad-block to skip them completely to just looking away as they play.

A study by Millward Brown in 2017 found that 82% of gen Z skip ads whenever possible, and over 51% have ad-block installed. This means using most traditional marketing methods means you would miss out on at least 51% of gen Z, if not all the way up to 82%. Now that’s bad enough, but keep in mind this was in 2017.

Gamers and gen Z have gotten even more tech-savvy. Adblock has become even easier to get, and a general dislike for adverts isn't going anywhere. But, this is where influencer marketing excels.

Influencers are able to share any products or services in many creative ways and, of course, in ways that can't be blocked. This can be anything from a small image on a stream, to a social media post, or even occasionally bringing a product up in conversation. And the best thing is that things can be marketed through influencers in a way that their users would even enjoy.

The best example of this is a game with a gaming influencer. Take Tyler "Ninja" Blevins, for example. He has a following in the millions, with the majority of his fans tuning into his content and pouring over his social media every day. If he tries out a new game on his stream, you can bet thousands of his viewers are buying and downloading that game, just because he has played it.

From a marketing point of view, this would be absolutely amazing. Not only are you getting your game out there, you know that many of his fans will get it just because he has played it, and due to his large fanbase, even people who don’t partially follow him will see the game featured on his streaming platform and YouTube.

Even if your marketing strategy involves much smaller influencers, there’s still the fact if someone enjoys an influencer, there’s no way to avoid looking at or hearing about a product or service being marketed through them. There’s no guarantee it will result in sales, but you’ll always get your product or service out to gamers and gen Z.

Another important factor when it comes to any kind of marketing is cost and cost-efficiency. This is another area where influencer marketing excels, as it has shown to deliver a very strong return on investment.

These are some very impressive numbers that show that the vast majority of the time using influencer marketing is very successful. As we know, the majority of fans of influencers are gamers or gen Z, depending on the influencer, so this becomes one of the best ways to reach them financially.

Overall, influencer marketing is the best way to connect with gamers and gen Z is because it targets the areas where they are, it overcomes the shortcomings of traditional marketing, and it is very cost-effective.

The vast majority of gamers and gen Z are connected to the internet in one way or another, all you need to do is find which influencers your target market has the biggest interest in, and you’ll find a way to connect with them with ease. No need to worry about ad-block or people ignoring adverts when the content itself is part of the promotion.

Influencer marketing is truly a great way to connect gamers and gen Z, and will likely continue to be so for a long time to come.

Looking for a different type of influencer for your upcoming marketing campaigns? Here's how to find the best up and coming content creators.

How To Overcome Three Major Influencer Marketing Challenges In Gaming

Gaming marketers need to step up their game to succeed with their influencer marketing in 2022.

How To Promote Your Game Through Influencers in 2022

Discover how you can leverage an essential toolkit to save time and maximize the return of your game influencer marketing activities.